We know you’ve been waiting for the boat to come in, and here it is… We’re getting close to a decision on this year’s winner! Our longlist of 25 talented authors has now been reduced to just 4 that make up the shortlist for the 2022 Mogford Prize.

Our celebrated guest judges, Sir Michael Morpurgo, beloved novelist, poet and playwright, and Andi Oliver, award-winning TV chef, are considering the shortlist of four and putting them into their order of preference. This year we celebrate two international entries, one from India and one from South Africa, alongside two entries from the United Kingdom, together making up our top four shortlisted short stories.

We’re thrilled to announce that the 2022 Mogford Prize shortlist, in alphabetical order, is:

The winner of the 2022 prize will be announced in April 2022, date to be confirmed! The winning story, along with the three runner-up stories, will then be published on this website shortly afterwards.

with ‘The Last King of Connemaidh’ 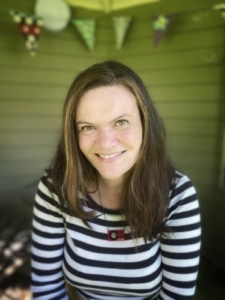 Emily Devane is a writer, teacher and editor from Ilkley, West Yorkshire. She is a former history teacher, and a founding editor at FlashBack Fiction, a journal celebrating historical flash fiction. Her short fiction, essays and prose poetry have been widely published online and in print; most recently in Ambit, Smokelong Quarterly, Best Microfictions, Ellipsis, Janus Literary and Lost Balloon.

She says: “Being shortlisted in this prestigious competition is such an honour – I’m still pinching myself! I sat down to write the sort of tale I imagined hotel guests reading before they turn in for the night. I’m so excited that my story will be produced as a mini publication available in The Oxford Collection, and that it will be read by literary and food heroes Michael Morpurgo and Andi Oliver. Thanks to Jeremy Mogford, and to everyone involved with the prize.”

Emily has twice been shortlisted for the Bridport Prize, and her flash fiction has been nominated for a Pushcart Prize, Best Small Fictions (finalist) and Best of the Net (finalist). Emily co-hosts Word Factory’s Strike! Short Story Club. She also teaches creative writing and is a member of the Edge Hill Narrative Research Group. Emily has written a short story collection and is currently working on a novella-in-flash.

with ‘Truth or Consequences’ 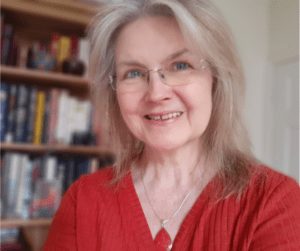 Lorna Fergusson was shortlisted in the 2021 Mogford Prize as well, and joins our shortlist again this year.

She says: “As someone who lives in Oxford, I’m particularly delighted to be shortlisted for the Mogford Prize. I have followed the competition over the past decade, and it’s great to see how it’s become such an established part of the local and broader literary scene. To reach the shortlist in the competition’s 10th year is truly exciting!”

Lorna is a writing coach, editor and speaker. She runs Fictionfire Literary Consultancy and has taught on various Oxford University writing programmes since 2001. Author of ‘The Chase and An Oxford Vengeance’, in the past her stories have won an Ian St James Award and the Historical Novel Society’s Short Story Award, as well as being shortlisted for the Bridport Prize and Pan Macmillan’s Write Now Prize, plus the longlists for the Fish Short Story Prize and previous Mogford Prize’s long- and -shortlists.

Born in Scotland, she attended Merton College after her MA in English at Aberdeen University, fell in love with Oxford and continues to live there. She is married with two grown-up sons. She is working on a collection of short stories and a non-fiction book on mindset for writers.

with ‘One Afternoon in South Bombay’ 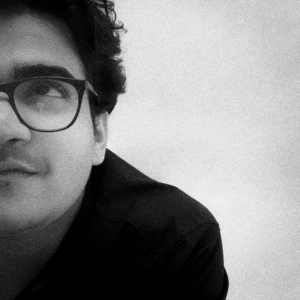 Drishya Maity is a writer-artist from Kolkata, India. He spends his time between writing and making images. He is currently working on his first novel.

Drishya says: “What can I say? I’m overwhelmed. It feels almost surreal that I made the 2022 Mogford Prize shortlist. 2021 was an especially difficult year for me. I couldn’t write much, or at all really. I suppose I was experiencing a crisis of faith — both in my ability to write fiction and in fiction itself as a meaningful instrument of self-expression and human connection in the face of such great loss and desolation. I didn’t really expect anything when I submitted to the Mogford Prize. In fact, I almost didn’t submit this year. So, to make the longlist, and then the shortlist? It’s quite something. It’s an affirmation. It’ll keep me writing for a long time. I needed this. Thank you.”

You can learn more about Drishya on his website… 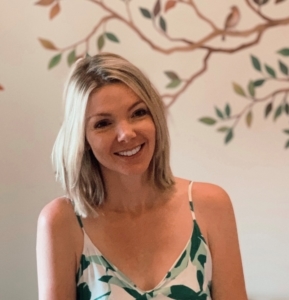 Caitlin Venniker completed a B.A. in English at the University of Cape Town and then changed direction completely and studied veterinary science at Onderstepoort, Pretoria, South Africa.

Caitlin has been a vet for the last ten years, based between South Africa, the United Arab Emirates and the UK. The scorching summers of Dubai pushed her to rekindle creative outlets, and she decided that 2022 would be a year of entering writing competitions with the intention of exploring different forms and enjoying the process. The Mogford Prize was one of the first that she entered. She was also short-listed for the Bath Flash Fiction Award in February, 2022.

In her spare time Caitlin has a bad habit of picking up homeless animals. She is also a great lover of travel, showjumping, painting and well-made cups of tea, not necessarily in that order.

She says: “I find any art requires elements of both play and vulnerability. Having my story short-listed for such a prestigious award has been profoundly encouraging. I am absolutely elated and honoured.”