We’re getting close to a decision on this year’s winner! Our longlist of 25 talented authors has now been reduced to just 4 that make up this year’s shortlist…

At this exact moment, our esteemed judges, Lemn Sissay OBE, English author and broadcaster, and Mick Herron, British mystery and thriller novelist, are considering the shortlist of four and putting them into their order of preference. A particularly difficult task this year since the quality of entries was so good.

We’re overjoyed to announce that the 2021 prize shortlist, in alphabetical order, is:

The winner of the 2021 prize will be announced in April ’21. The winning story, along with the three runner-up stories, will then be published on this website shortly afterwards. Born in Scotland, Lorna Fergusson gained an MA in English at Aberdeen University before continuing her studies at Oxford, where she still lives. She is married with two grown-up sons.Lorna is an editor, writing coach and speaker. She runs Fictionfire Literary Consultancy and has taught on various Oxford University writing programmes since 2001.

Author of The Chase and An Oxford Vengeance, she has won an Ian St James Award and the Historical Novel Society’s short story award, as well as reaching the shortlists for the Bridport Prize and Pan Macmillan’s Write Now Prize, plus the longlists for the Fish Short Story Prize and last year’s Mogford Prize.

She is currently working on a collection of short stories and a non-fiction book on mindset for writers. 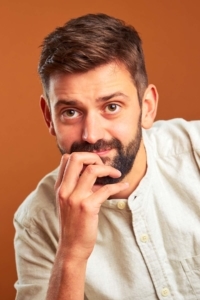 Finlay Taylor is a professional stand-up comedian – at least, he was when that was a thing. Feeling an increasing pull towards fiction, and with live comedy in deep freeze during the pandemic, he began writing in April 2020. Having grown up in Oxfordshire, he remembers The Old Bank – the hotel his Scottish granny would stay in when she came to visit. He lives in South London where he is currently working on a comic novel. He’s yet to be published, and while itching to return to the road, writing prose has been a salvation during a year of dark stages; he intends to stick at it, regardless of if/when his old world returns. 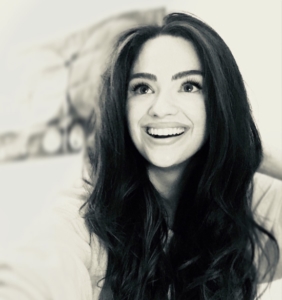 Jessica is a screenwriter working in film, television, and videogames. Her psychological thriller screenplay The Peak won the Grand Prize for Screenwriting and Best TV Pilot at the Slamdance Film Festival, and was covered by Variety magazine. She is a graduate of the National Film and Television School (2019) where she was awarded the Lord Attenborough Scholarship. She has a lifelong passion for thrillers — and coffee — inspiring the creation of her short story, Black Coffee. She is also a published boxing journalist.

with ‘An Acquired Taste’ 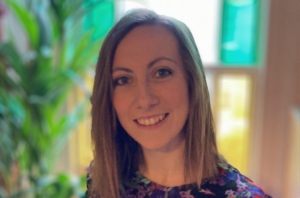 Emma Teichmann is an IP lawyer based in Cambridge. She has always loved writing – at primary school she even persuaded her classmates to perform a play she had written. Since then, she’s had poetry, short stories and articles published in a range of publications. When not at her desk, Emma likes to be outdoors as much as possible – running, climbing, and hiking with her family.